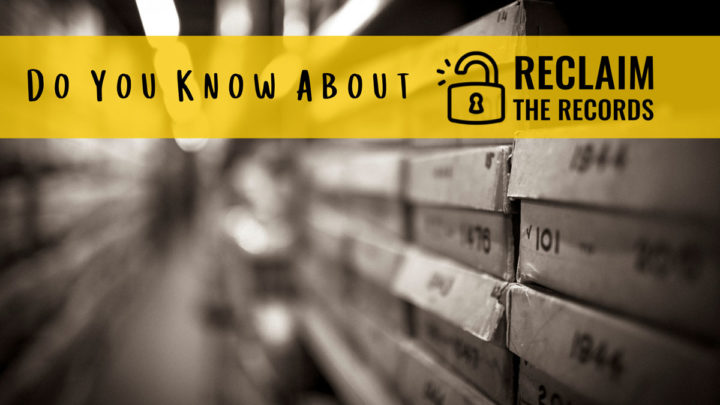 I became familiar with Reclaim the Records, due to their activism for Adoptee Rights and access to Original Birth Certificates. I believe all adoptees have a right to their personal information, including their original birth certificates. As an adoptive parent, I kept my daughter’s OBC for her and as the daughter of a parent who was adopted, I know what the search is like for that biological information and the roadblocks that are often in the way.

When working with a new client who is an adoptee, one of my first questions will always be, “have you requested your original birth certificate and adoption paperwork from the state you were adopted?” Thanks to Reclaim the Records, this has become easier in states like New York, where recently bill S3419 was passed. The law went into full effect on January 15, 2020, granting adoptees and their descendant’s full access to original birth certificates.

Did you know that Reclaim the Records has reclaimed more than 28-million records and they have made those records available for FREE online? I recently learned about these record sets and wanted to know more about where to find them and what is currently available.

Where are those records?

The majority of the records recovered by Reclaim the Records are located at the Internet Archive: https://archive.org/details/reclaimtherecords.

The latest Sunshine Law case won by Reclaim the Records was in April. it took four and a half years to win the case “against the Missouri Department of Health and Senior Services (DHSS) to acquire and publish the first-ever free public copies of the Missouri statewide birth index and death index!” This has resulted in two new databases available online: The Missouri Birth Index and The Missouri Death Index.

Above, the Veterans Affairs Master Index is listed as “Coming Soon” at the Internet Archive. This record set was obtained in partnership with FamilySearch and is currently available at the FamilySearch website.

It contains an index to veterans who served at any time during World War I and who made (or whose heirs made) pension or benefits claims of the Veterans Administration between 1917 and 1940.

What’s next for Reclaim the Records?

Visit their To-Do List to find out which record sets Reclaim the Records will be focusing on next. It’s a huge list but they state they are primarily working on New York City, New York State, and New Jersey. I hope to see the probate records they list for Florida on the Internet Archive someday soon!

Learn more about the Freedom of Information Laws