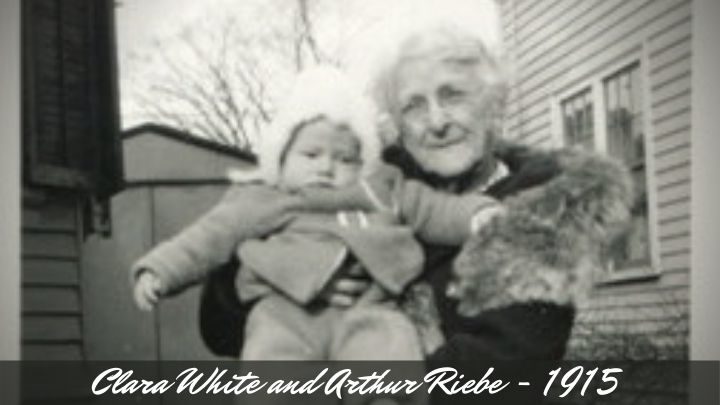 Every family has that legend where a kernel of truth exists in the hand-me-down telling of the tale. For my Riebe family, it was being a descendant of Peregrine White. As my grandpa Arthur told me the story, he said it was his grandmother, Clara Louise White, who told him they were descendants from the Mayflower baby.

It was a dream come true for this 20-something budding genealogist back in the 1990s. MAYFLOWER DESCENDANT! My grandfather and his brothers wanted to know if it was true so I set off to find out if my great-great-grandmother’s story of the Mayflower was fact or fiction.

Peregrine White is known for being born on the Mayflower and the first English child born to the Pilgrims in America. There were books, the Mayflower Society, family genealogies, and more to consult. Online databases were in their infancy back then, so the majority of my research was done by letter writing, phone calls, and library research!

Grandma Clara’s ancestry has deep roots in Massachusetts and Rhode Island, there is no doubt about that. Sadly, her White family was not descended from Peregrine White, but from Thomas White, who was born in England in 1599. Thomas White arrived to the Massachusetts Colony in 1635, according to his admission to the freemanship.

With such deep roots in New England, hope was not lost for this family legend! Much like the telephone game, what started as a fact in the 1600s, may have ended up as Peregrine White in the 1900s. 300 years of the telephone game may have twisted some details… I kept searching.

Thomas’s son Joseph, our ancestor, married Lydia Rogers in 1660. Lydia was the daughter of Deacon John Rogers. There were multiple John Rogers during this time period and many people have believed John was the son of Thomas Rogers, a signer of the Mayflower Compact. Evidence concludes that he was not the son of Thomas and therefore another that was part of the great migration.

Ancestor after ancestor led back to the Puritan Great Migration. None that I know of at this time was a Mayflower passenger. I do not know where Grandma Clara heard the rumor, or if she even made it up to amuse her grandsons. I’m positive with her rich colonial history there is a Mayflower passenger hiding, just waiting to be discovered!